Дел од новите оружја што се развиваат за ПАК-ФА:
Corporation "Tactical Missile weapons" has developed a new missile for the Russian perspective fighter T-50 (PAK FA). On this, the general director and chief designer Corporation Boris Obnosov . RVV-BD rocket with a range of 200 kilometers interception. It is expected that in 2011 released a trial batch of missiles, and in 2012, will begin commercial production.

Russia’s T-50 stealth fighter prototype, the first radar-evading warplane outside the U.S. when it debuted in January 2010, is slightly less stealthy than the American F-22 and about equal to the smaller F-35. But in several other respects the new warplane from the Russian Sukhoi design bureau is actually superior to the American models.

That’s the surprising conclusion of the first-ever public scientific analysis of the T-50′s Radar Cross-Section (RCS), completed this week by Dr. Carlo Kopp, an analyst with the independent think tank Air Power Australia.

But Kopp’s assessment of the T-50 comes with caveats. Quite a few of them, actually. To match the stealthiness of the Lockheed Martin F-35 — to say nothing of the company’s F-22 — Sukhoi’s engineers will have to, among other changes, modify the T-50′s engines to a less obtrusive fitting andadd a layer of radar-absorbing material to the plane’s skin.

With the revised engines and skin, the T-50′s “specular RCS performance will satisfy the Very Low Observable (VLO) requirement that strong specular returns are absent in the nose sector angular domain,” Kopp writes. Translated into plain English, Kopp’s saying that an optimized version of the Russian jet could be very, very difficult to detect by most radars as it’s bearing down on them.

Major refinements are standard practice as stealth prototypes go through development, it’s worth noting. The F-22 and the F-35 underwent big design changes as each was developed over 15 years or more. The T-50, only four of which have been built, has been flying for just under three years and isn’t scheduled to enter frontline service until 2016 at the earliest. There’s time for the Russians to finesse the design, just as the Chinese are doing with their stealth planes.

Granted, by 2016 the Americans could possess hundreds of combat-ready F-35s plus the roughly 180 F-22s already in service. The T-50 could make up for its lateness with impressive performance that in some ways exceeds even the F-22′s vaunted capabilities.

The second advantage: “exceptional combat persistence, the result of an unusually large 25,000-pound internal fuel load,” Kopp writes. The T-50 could keep flying and fighting long after the F-22 and F-35 have run out of gas.

Moreover, the T-50 will dodge certain radars better than others, according to Kopp — and U.S. sensors are among the worst at detecting the T-50′s unique shape, he contends. Kopp’s breakdown of T-50 RCS by radar type shows Chinese “counter-VLO radars,” specifically designed to spot American stealth planes, detecting the T-50 best.

The next best sensors to use against the Russian fighter is the UHF radar aboard the U.S. Navy’s E-2 early-warning planes. American fighter radars, including those aboard the F-22 and F-35, are of middling effectiveness against the T-50, Kopp asserts.

“No fundamental obstacles exist in the shaping design of the T-50 prototype which might preclude its development into a genuine Very Low Observable design,” Kopp concludes.

In other words: Watch out, America! You’re now only one of three countries with a truly radar-evading warplane in the air. 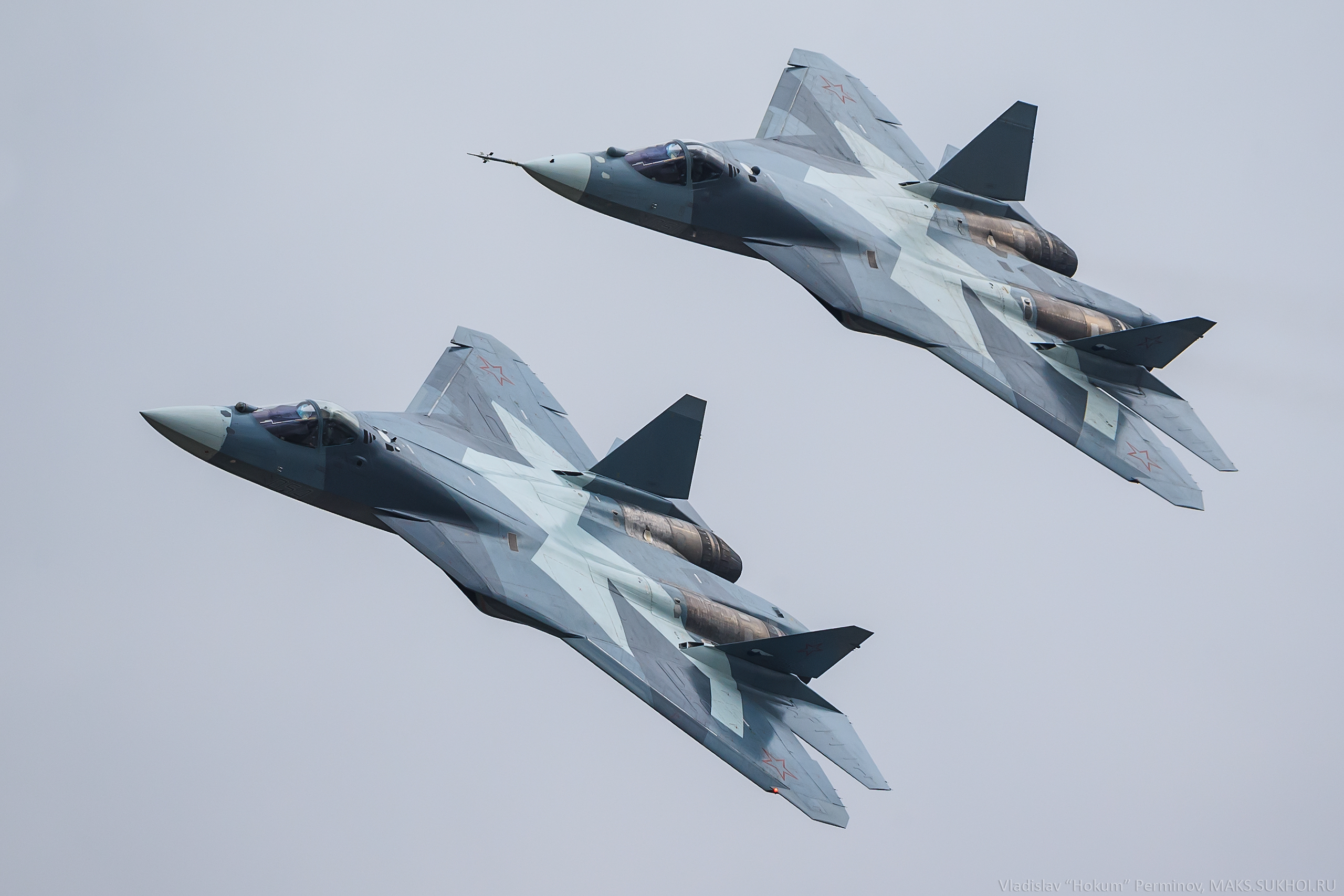 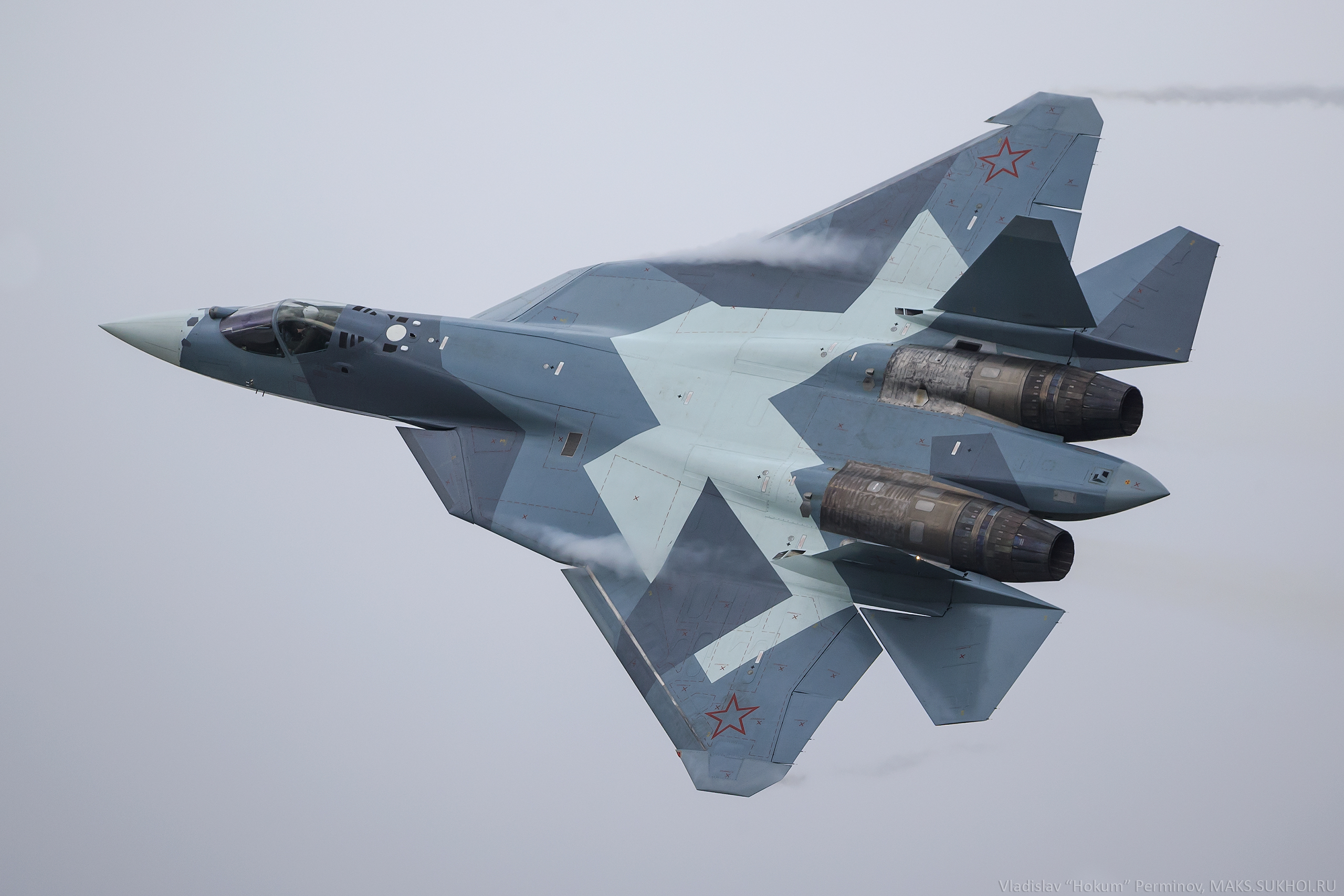 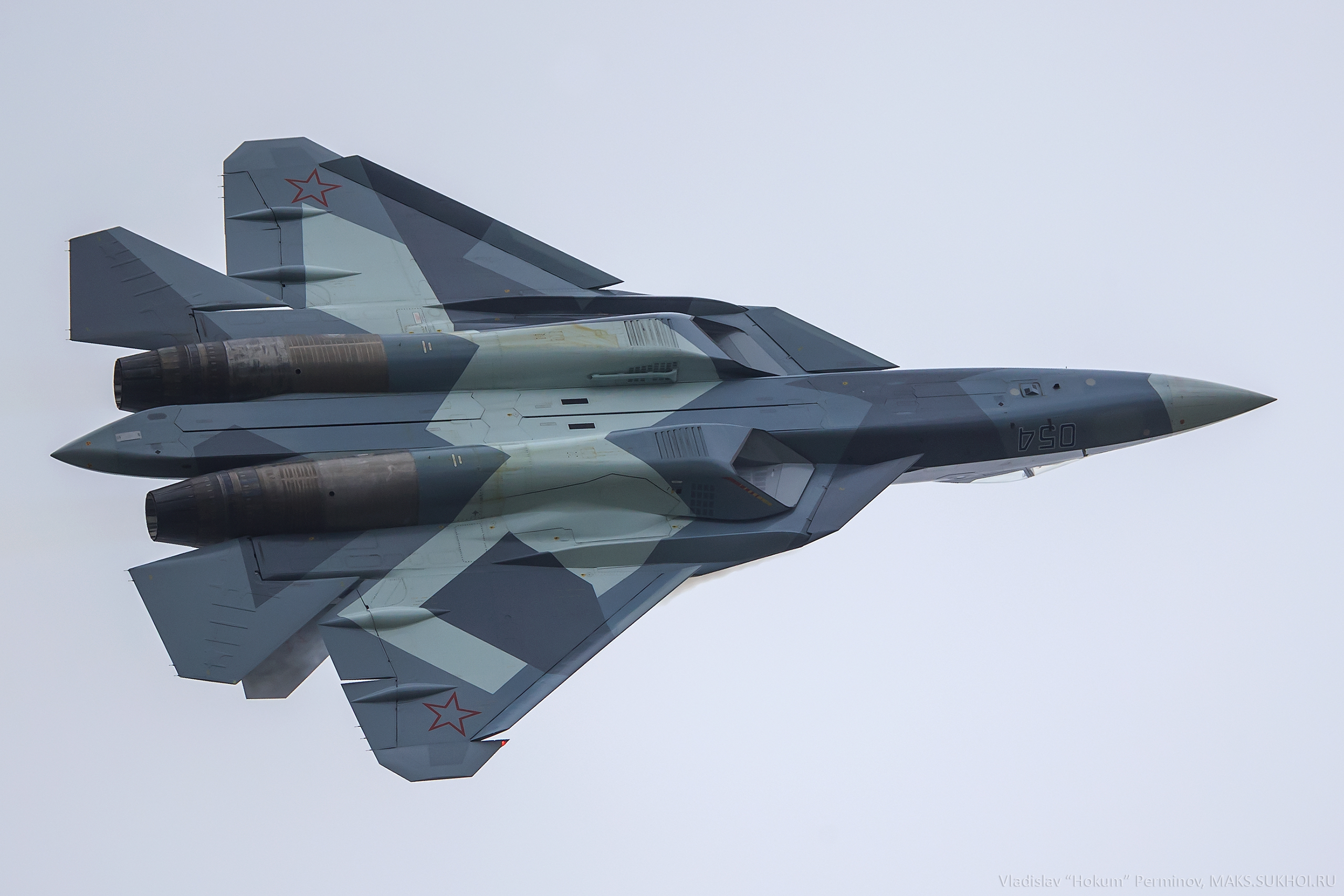 Citat:
Russia’s NIIP radar design bureau, the traditional supplier for Sukhoi-design aircraft, has developed prototype models of the N050 active electronically scanning array (AESA) radar set. “The results of the flight-test of the radar installed in one of the four T-50 flight-test aircraft are very impressive,” according to a Russian aerospace analyst familiar with the program. However, the N050 is a hand-assembled product and “currently the industrial base capacity to series produce the N050 does not exist,” said the same analyst. Furthermore, “the PPMs [transmit/receive modules] are produced at the Istok military electronics enterprise on a limited scale, which has made the radar’s cost prohibitive.”


Citat:
The fifth-generation engine that is to power later versions of the T-50 is still mostly on paper, say Russian industry experts. The flight-test aircraft are powered by the same Saturn 117S engine that is installed in the Su-35, and this will also be the engine for the initial production batches of the T-50.