In the end, an order was issued for the THK to find and destroy the Greek ships: however, as the Greek convoy from Rhodes pulled away from Cyprus, and Lesvos escaped as well, the only ships remaining in the area were three Turkish destroyers. When the appearance of three destroyers near the Cypriot port of Paphos was reported to the THK, nobody in the High Command realized the mistake and a strike package consisting of F-104Gs and F-100Ds was dispatched to attack.

The fighters had no particular problem finding their targets, and attacked immediately.

Obviously not noticing large Turkish flags on the ships,

THK pilots delivered a tremendous attack, hitting all three Turkish destroyers with bombs calibre 454kg, and damaging them heavily. While the crews of the other two ships managed to save their ships, the Kocatepe was hit by a bomb into the ammunition magazine and exploded:

80 crewmembers were killed immediately, and from the rest of the crew that went overboard only 42 were later rescued by an Israeli merchant, which brought them to Haifa.

There are reports, that the defensive fire from Turkish warships also brought down one of the attacking THK F-104Gs, but such rumours were never confirmed, even if the THK did report a loss of a single Starfighter – but on 22 July. The sunken Turkish destroyer was afterwards replaced by another former USN destroyer, the USS Norris, and so a new Kocatepe, D-354, came into existence, which remained in service well into the 1980s.
Кликни за повеќе... 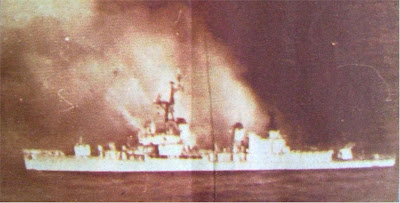 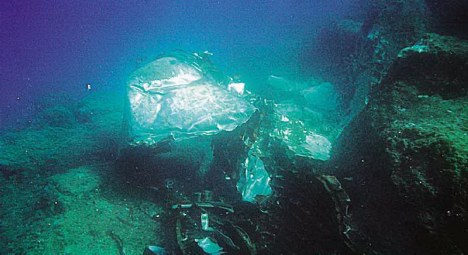