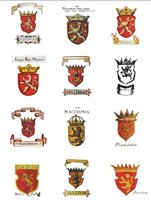 Between 1345 and 1371, the Serbian monarch was self-titled emperor (tsar), the full title being Emperor of the Serbs and Greeks and Bulgarians (цар Срба и Грка и Бугара / car Srba i Grka i Bugara) in Serbian and basileus and autokrator of Serbia and Romania ["the land of the Romans"] (βασιλεὺς καὶ αὐτοκράτωρ Σερβίας καὶ Ῥωμανίας) in Greek. This title was soon enlarged into "Emperor and Autocrat of the Serbs and Greeks, the Bulgarians and Albanians".[1][2][3] 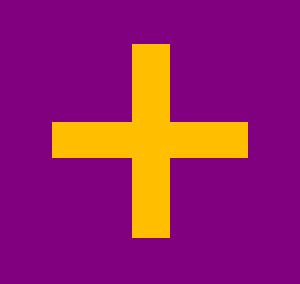 Emperor of the Serbs - Wikipedia 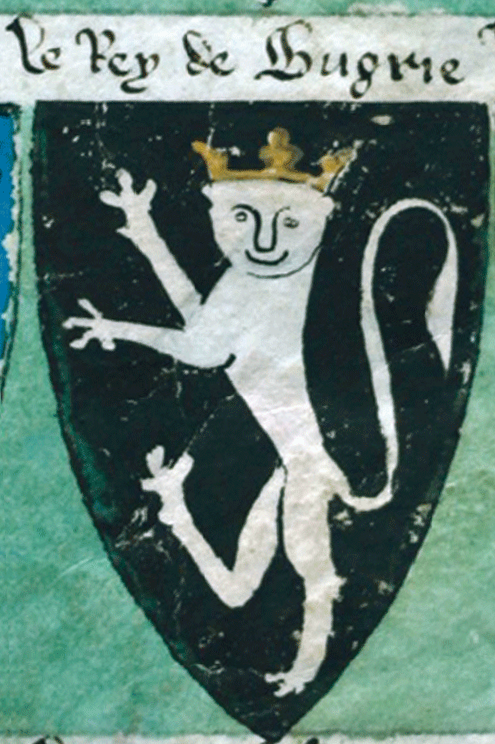 An Orc among Hobbits

"Alexander the Great speaks in front of the Macedones of his army: "The Macedonians are going to judge your case," he said. "Please state whether you will use your native language before them."

Philotas: "Besides the Macedonians, there are many present who, I think, will find what I am going to say easier to understand if I use the language you yourself have been using, your purpose, I believe, being only to enable more people to understand you."

Then the king said: "Do you see how offensive Philotas find even his native language? He alone feels an aversion to learning it. But let him speak as he pleases - only remember he as contemptuous of our way of life as he is of our language". [p.138]

This is Alexander himself talking about "our way of life" and "our language" "Macedonians are going to judge your case" There is no need for any explanation.

[2] Eugene Borza. "The lesson is clear: the use of the Greek language as a form of written expression does not by itself identify the ethnicity of a culture". ("In the Shadow of Olympus -The Emergence of Macedon", p. 94.)

"As the Macedonians settled the region following the expulsion of existing peoples, they probably introduced their own customs and language(s); there is no evidence that they adapted any existing language, even though they were now in contact with neighboring populations who spoke a variety of Greek and non-Greek tongues."

"Hammond's firm conclusion that the Macedonian spoke a distinctive dialect of Aeolic Greek is unconvincing to me, resting as it does on an interpretation of a bit of myth quoted by Hellanicus, who made Aeolus the father of the legendary progenitor Macedon". ("In the Shadow of Olympus" p.92.)

"The handful of surviving genuine Macedonian words - not loan words from a Greek - do not show the changes expected from a Greek dialect. And even had they changed at some point it is unlikely that they would have reverted to their original form". ("In the Shadow of Olympus" p.93.)

"As a question of method: why would an area three hundred miles north of Athens - not colonized by Athens - used an Attic dialect, unless it were imported? That is, the Attic dialect could hardly be native, and its use is likely part of the process of Hellenization. To put the question differently: if the native language of the Macedonians is Greek, what is its Macedonian dialect?"

"On the matter of language, and despite attempts to make Macedonian a dialect of Greek, one must accept the conclusion of linguist R.A.Crossland in the recent CAH, that an insufficient amount of Macedonian has survived to know what language it was".

[3] Earnst Badian "Stadies in the History of Art vol. 10: Macedonia and Greece In Late Classical and Early Hellenistic Times"

Episode #2. Eumenes of Cardia. In 321 B.C., Greek commander Ambiance, with cavalry and light arms only, faced the Macedonian noble, Neoptholemus, with the Macedonian phalanx. To avoid battle Xennias, a man whose speech was Macedonian, was sent by Eumenes to negotiate with the commander of the phalanx. Badian analyzes:

"Now, Xennias' name at once shows him to be a Macedonian. Since he was in Ambiance entourage he was presumably a Macedonian of superior status, who spoke both standard Greek and his native language. He was the man who could be trusted to transmit Ambiance' message. This clearly shows that the phalanx had to be addressed in Macedonian, if one wanted to be sure (as Ambiance certainly did) that they would understand. And almost equally interesting - he did not address them himself, as he and other commanders normally address soldiers who understood them, nor did he sent a Greek. The suggestion is surely that Macedonian was the language of the infantry and that Greek was a difficult, indeed a foreign language to them. We may thus take it as certain that, when Alexander used Macedonian in addressing his guards, that too was because it was their normal language, and because (like Ambiance) he had to be sure he would be understood".

[4] Ulrich Wilcken in his book 'Alexander the Great' on p.22 notes that "linguistic science has at its disposal a very limited quantity of Macedonian words" [Wilken mentions Macedonian and not Greek words]

[5] "The Tumult and the Shouting: Two Interpretations of the Cleitus Episode", (published by APA in The Ancient History Bulletin, Vol. 10, number 1, 1996) [I will not endeavor myself with "their" Hammond-Bosworth fight, for obvious reasons. What I will do, however, is lift certain references where these giants, specifically, deal/address the ancient Macedonian language in question.]

[7] p.25, line 4. "In my view", writes Bosworth, " there is nothing at all surprising in the use of Macedonian. Alexander was calling his hypaspists, who were Macedonians, and he addressed them in their native language/dialect. In Hammond's view, however, the hypaspists would normally have been addressed in standard Greek. Macedonian proper he restricts to the people of the old kingdom, Lower Macedonian, while the tribes of the mountain districts of Pindus (Upper Macedonia) spoke a dialect of West Greek. The evidence for this hypothesis is decidedly tenuous."

[8] p.25 elaboration: Bosworth cont. "I deliberately refrain from adopting any position on the linguistic status of ancient Macedonians. It has little significance outside the nationalistic propaganda of the contemporary Balkan states, in which prejudice and dogma do duty for rational thought. What matters for the present argument is the fact, explicit in Curtius, that Macedonian was largely unintelligible to non-Macedonians. Macedonians might understand Greek, and some Greek (like Eumenes) with experience of Macedon might speak Macedonian. However, even Eumenes took care that a vital message was conveyed to the phalangites of Neoptholemus by a man fluent in Macedonian."

[9] p.30, line 28, we find the final statement by Bosworth: "He used Macedonian because the troops would instantly understand and (he expected) would react immediately. There is no need for more complicated explanation."

Between 1345 and 1371, the Serbian monarch was self-titled emperor (tsar), the full title being Emperor of the Serbs and Greeks and Bulgarians (цар Срба и Грка и Бугара / car Srba i Grka i Bugara) in Serbian and basileus and autokrator of Serbia and Romania ["the land of the Romans"] (βασιλεὺς καὶ αὐτοκράτωρ Σερβίας καὶ Ῥωμανίας) in Greek. This title was soon enlarged into "Emperor and Autocrat of the Serbs and Greeks, the Bulgarians and Albanians".[1][2][3]

Emperor of the Serbs - Wikipedia 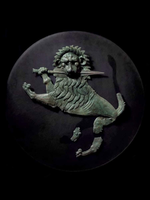 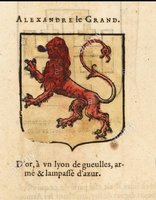 Following the defeat of Napoleon, the Greek regiments were dissolved and Church transferred to the Kingdom of Naples. As military governor of Apulia, he was able to organize a new Battaglione dei Cacciatori Macedoni that included not only veterans of the old Neapolitan units but also former members of the Ionian Islands regiments. [33] This battalion participated actively in Church’s internal campaigns against brigandage and popular uprisings until June 1820, when it was disbanded after less than three years of service. This was the last Balkan unit to serve the Kingdom of Naples. [34]

In the eighty odd years during which Naples employed light infantry from the Balkans, the troops of the regiment and its successors were known popularly under three names in addition to the aforementioned camiciotti: the seemingly national names of Greci, Albanesi, and Macedoni. These names did not, however, have their later ethnic connotations but were instead stylized terms that described the soldiers’ general origins or mode of fighting. The term Greci was religious, denoting Orthodox faith and not necessarily Greek nationality. The term Albanesi was used because that nation had achieved fame for its style of fighting as mercenaries of the Ottoman Empire. Muslim Albanians had become a mainstay of the sultan’s armies and were given the nickname "the Swiss of the Near East” by Europeans. The third epithet, Macedoni, which was used in the title of the regiment, indicated not only inhabitants of the area of Macedonia (as understood in either ancient or modem terms) but also applied to all peoples living in the areas once under the sway of Alexander the Great. This usage in effect made virtually all of the Balkan peninsula, as well as the Near East, a potential recruiting ground for these troops.